An A-Z of Egyptology Books and Articles in PDF, with the URLs freshly collected and checked by the University of Memphis. In progress since December 2013 it seems, and now becoming more substantial. It’s only linking to free PDFs…

Sites which require institutional access or a password are not included — thus journals on JSTOR have not been indexed. Nor have papers available on http://www.academia.edu or http://www.ifao.egnet.net/bifao/ (BIFAO) been included here.”

We’re still some way away from seeing the Googlebot AI take over the planet with its ninja semantic skills, I think… 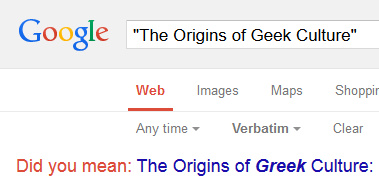 I’ve reigned in the BePress.com (Digital Commons Network) pages in JURN search results, by limiting BePress.com results only to URLs containing both ‘subject_facet’ and ‘discipline’…

Where “150,000 European and American intellectuals were born and died over the span of the last two millennia”, mapped onto the USA. New England and New York light up as if struck by blazing comets from the Old World. Then there’s a great vaulting across the American heartlands and over to the West Coast, where they are impacted by comets of brilliance coming in from Asia. See the map animated over time, here. 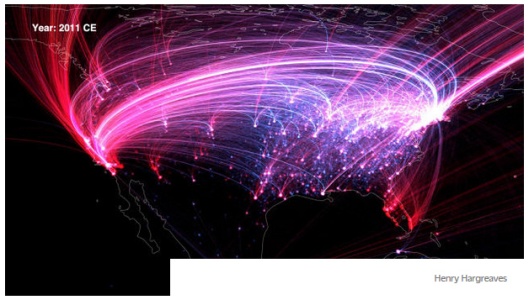 “The first of its kind, this ‘Report’ gives an overview of the humanities worldwide. Published as an Open Access title and based on an extensive literature review and enlightening interviews conducted with 90 humanities scholars across 40 countries, the book offers a first step in attempting to assess the state of the humanities globally.”

Some nicely pithy comments from interviewees throughout, drawn from interviews undertaken since 2011. But, rather oddly, a quick search of the body of the book for the phrase “open access” reveals not a single mention.

I had some fun boiling the report’s recommendations down to:

* Truth | [attempt to] reinstate confidence in the humanities as truth finding disciplines [and convey that] we do generate answers, as well as questions.

* Experience | position the humanities as the guardian of human diversity, [a] unique repository of knowledge and insight into the rich diversity of the human experience, past and present.

* Impact | [encourage] support systems for effective[ly and meaningfully conveying one’s work to wider audiences than just peers and students. Add] incentives to encourage more academics to engage in [this].

* Interdisciplinary (when it works) | not all research requires [a strong] quest for interdisciplinarity [and so it] should not be treated as an end in itself [by funders]. [We should be more aware of the contexts where] interdisciplinary [research] does have considerable [demonstrable] value [and learn how to break down] significant institutional barriers [to unlock that value]. [University] promotion criteria should be reformed so as to give due weight to interdisciplinary research [thus making it less] risky in terms of publication and career advancement.

* Integrity | increased scrutiny of [large funding programmes] to see how well they maintain academic freedom alongside [their role in government] decision-making [and validation of completed government schemes].

* Exploration | humanists should not typically be expected to answer the [“what use is this apparently useless research?”] question.

* Nomadics | there is a crying need for experiment over and above the traditional university and its disciplinary divides.

* Expeditions | [we need major new long-term] integrative platforms as spaces for networking, capacity building and preparation of research on questions [which aid the] understanding [of] the human condition. [These would go far beyond the existing traditional advanced] centres and institutes, visiting fellowships and stakeholder interaction [initiatives]. They might identify [what we don’t know] and what we might know [if the funding and will and focus were enough to] lower the barriers between the human, the social and the natural sciences, [and if researchers were allowed to pay no] regard to national priorities.

On that last point, the 10,000-year perspective and vigourous autonomy of The Long Now Foundation springs immediately to mind. They are, effectively, an expedition to the future.

On both the Impact and “what use is this apparently useless research?” points, I would have suggested a role for a new type of naturally inquisitive ‘curator and explicator’. Someone able to naturally pick up and draw out such tenuous or obscured connections, and from across a wide range of disparate research. Such a unique matchmaking/publicist role would rise far above the low orbit of a university’s PR department, or the middle manager who routinely bundles researchers into funding-worthy projects. Such a role would need a rare combination of curious journalist, art curator, brilliant academic, political operator and publicist.

A Pirate Bay for news, it seems: Daily Paywall. An admirably spartan design, at least. Admirable motives, not so much.

Aeon magazine has a very nice new Save to Instapaper drop-down on its articles, which might usefully be copied by ejournals offering articles in HTML.

Compare the blissful ease of doing this with the impossibility of saving Digital Arts magazine’s new 2015 creative trends survey article to Instapaper. Impossible because of the database-driven URL structure, which loathsomely uses ? in the URL to spawn a new page hanging off of a static URL. I ended up having to copy-paste to a .txt file and then used Amazon’s Send to Kindle desktop software. I guess Digital Arts are assuming their younger clear-eyed readers are going straight to the page on an iPad, rather than needing the ‘old-eyes friendly’ font-scaling on a Kindle.

No mention of this Aeon button on the Instapaper official blog in 2014, so I’m guessing it’s custom to the editors, probably wrapped up in a WordPress widget or similar. But their little button looks like it can be fairly easily implemented in a DIV in your HTML code…

The EZB has evidently had a slight re-design. They’ve removed the ability to set a date-limit on the “List of new EZB journals”. However, the date is still being set in plaintext in the URL itself. Users can dial back the date range by typing a new date at the end of the URL, and then reloading. The dialogue to set a date-range on the page itself has been removed, as has the ability to filter by partly OA titles (now the options are just ‘freely available’ or ‘not accessible’).

The Google News team has re-enabled the lost archives feature, for searching newspaper archives as far back as 2003…

Great news — we’ve re-enabled archives search! Our team listened to all your feedback you left here in the forum, and was hard at work to bring you an even better archive experience. From all the posts we received, we heard loud and clear how important these archives are to our users. You can now go digging back in time to 2003. Search on :)” 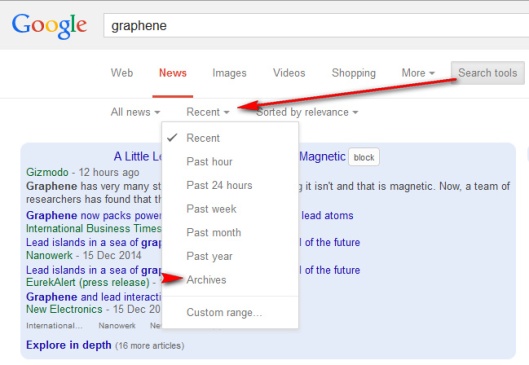 A new embedded search tool for non-fiction writers, Bing Insights for MS Office. It only seems to work in MS Office Live, rather than as a plugin for older desktop installations of Office. Sadly I just couldn’t find the Insights feature at all in Office Live, when I went to test it. So perhaps it’s not yet been rolled out the UK. 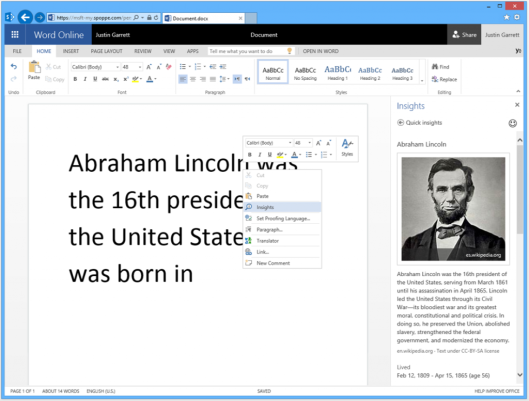 But it seems a neat idea, meaning that checking a basic fact no longer entails bouncing out of Word and into a Web browser. The search process also apparently inherits semantic nudges, drawn from the other words and phrases detected in the document. One wonders if the semantic data that Microsoft gain from this will, in time, improve the Bing Search service itself.

I’d expect the Open Source Office software suites to add this sort of fact-checking feature to their Word Processor soon, if they haven’t already (I couldn’t immediately find something similar for Open Office, LibreOffice, etc). Although their natural choice of partner, Wikipedia, might not be the most trustworthy source of facts.