What you found pictured by an eBay seller: 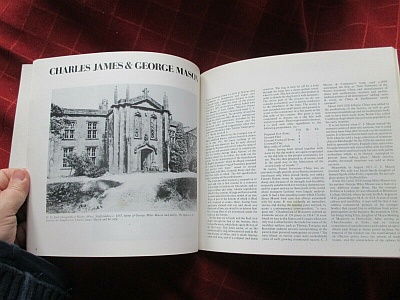 What you want from it: 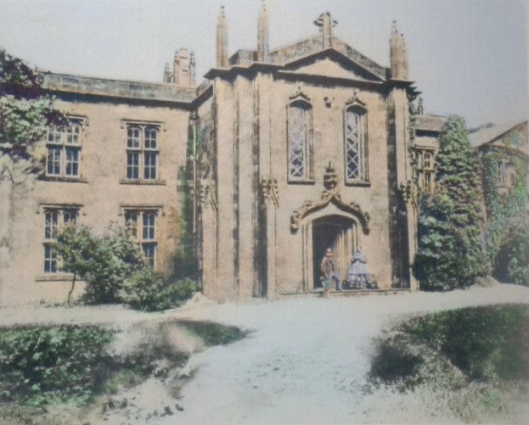 Ah, if only there were software that can do that… automatically. As a first step, what software can auto-correct curved book pages, of the sort one might be allowed to hastily photograph from a rare book page in a library, or perhaps in the form of a seller’s preview picture on eBay? Of course, I imagine there are now abundant mobile-phone solutions for naughty page-grabbers in book-stores, but what about for scholars on desktop Windows?

It used to be that Snapster 2.0, aka Snapster ICE, could do this via manually placing control-points along the curvature of the pages edges. But that software is now utterly unavailable except as an old 15 day trial which can no longer be unlocked. There’s also an equally finickerty free script for the free Paint.NET, which involves manually laying down two curves — and which I could not get to work at all. Tests show that neither the fine £45 DxO Viewpoint (mostly for architectural photographers) nor its free equivalent ShiftN can do exactly this (though if you have the page fairly straight, they’ll help get everything on it exactly straight). Nor can Photoshop do such auto-correct, rather amazingly, or at least there’s no mention of the capability or any tutorial in how to find and use the relevant tools.

But… there is a solution, and it’s free and relatively easy. You can have it done automatically by a special edition of the Windows freeware called Scan Tailor. No, not the normal/current Scan Tailor, but rather Scan Tailor Experimental 2015, which was a ‘special edition’ produced as a farewell present just before the original maker of Scan Tailor left the project for paid work. His experimental version includes automatic de-curving of book pages, of the sort found in some dedicated software that ships with scanners.

It seems best to first place your target picture(s) in a separate folder and then load up and output one a time, unless they all have the same orientation and distortion. Scan Tailor is obviously meant to run in batch across a lot of nearly-identical book pages. But it works fine and quickly on single images in Windows 8, and even auto-saves the results as a .TIF file. 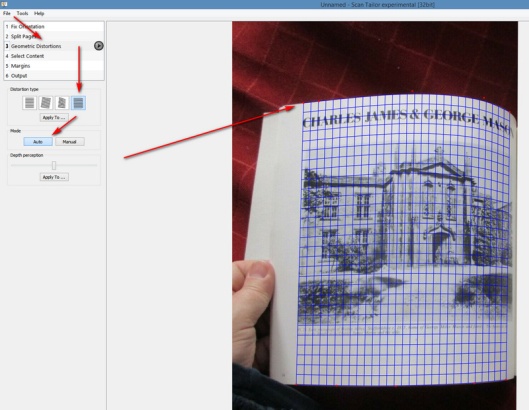 Automatic isn’t totally perfect, as you can see in the lower-right. It’s a bit ‘off’ there. But even accepting automatic, the results are quite usable… 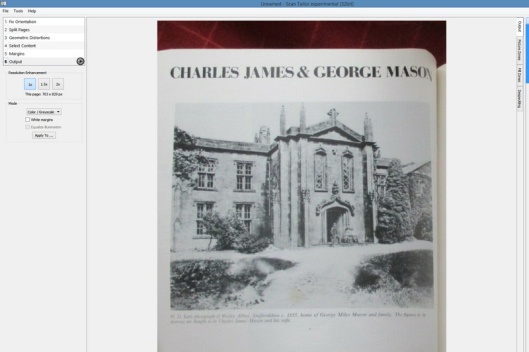 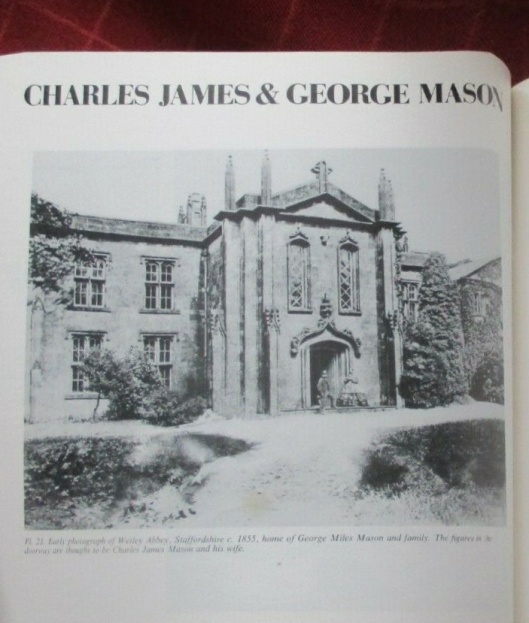 Automatic does need some edge-contrast to work with. A low-light eBay photo of a book page against a beige carpet will prevent auto from working, and you’ll have to place control-points manually.

As for the colourisation… still not quite automatic as yet, but there are tools that will help you halfway. Then you need to break out the desat and colourising brushes. Good up-rezing can also be done now, but with a fuzzed antique picture like this at 800px the results are not going to be worth having. What can be had from the eBay picture is good enough for a local history website or blog.

If your boss needs current supported software for photographing books on a tight budget, then the $33 Booksorber appears to do much the same thing, with automatic thumb/finger removal.