Trello is known for its long side-scrolling window, and this window can get very long when planning a substantial project. How to take and archive a quick horizontal screenshot of such a Trello window?

The only screenshot software that hints it can do this is SnagIt. But here’s how to do it for the Opera browser without any additional software. It’s very similar for other Chrome-based Web browsers.

1. Visit Trello, allow your board to load. Position the scrolling frame at your starting point.

3. Ignore all the scary bits and on the console just click here…

This gives you a ‘mobile device view’ of your page, in this case the active side-scrolling frame which is the ‘meat’ of a Trello board. The view appears above the Developer console.

4. Up top you now have your mobile device preview and above this are two inputs for Dimensions, in pixels.

Change the left-hand setting to 9999. This is as high as it can go, but should be long enough for most larger Trello boards. Give it a moment to load up the entire frame, after you’ve increased the Dimensions. You should then see a mini overview of your board, as if on some crazy 6ft-long mobile device(!). It won’t be blurred, as here, but you get the idea…

5. Over in the top-right of the screen, notice the mundane three-dot icon. Click it and from its menu choose “Capture full-sized screenshot”. 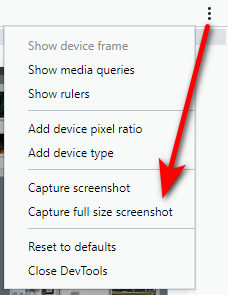 6.Then click anywhere non-active in the preview. Any ‘grey bit’ should do… 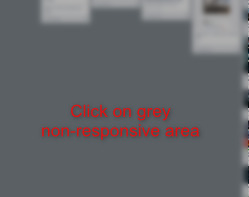 A screenshot will be created and saved. It may not be a perfect capture in terms of near and far edges, but should be good enough for ‘snapshot’ archival purposes.

7. Unclick the ‘mobile device view’, and then back out of the Developer Tools panel. After a moment your browser should return to its normal view.

You’re done. You should now have a huge ‘side-scrolled’ capture of your Trello board, as a .PNG in your usual downloads folder.

The same process should work for other long horizontal frames on websites.

The browser problem I described yesterday is fixed.

As a test sample, consistently utterly un-reachable sites in Opera were…

All loaded perfectly fine and instantly in the Pale Moon Firefox-based browser.

One clear possible cause I found was LetsEncrypt changing its root site certificates, which are used by way too many (20%?) of the world’s smaller website servers…

DST Root CA X3 will expire on September 30, 2021. That means those older devices that don’t trust ISRG Root X1 will start getting certificate warnings when visiting sites that use Let’s Encrypt certificates.

The timing was right. The systems affected were right. The reason for the Chrome vs. Firefox strangeness was right…

Browsers (Chrome, Safari, Edge, Opera) generally trust the same root certificates as the operating system they are running on. Firefox is the exception: it has its own root store.

Thanks to ‘GGG’, who got it right. He had exactly the same problem as me, Chrome (Brave) not working, Firefox working fine. He traced the broken sites to their use of LetsEncrypt root SSL certificates. This led me to the server techie Gunter Born in Germany warning of the same problems a little in advance and describing them in detail. Apparently the certificates are free and thus are widely used by smaller sites. It’s the world’s largest certificate authority. Seriously. The world’s largest certificate authority suddenly revokes its 300-million+ key server certificates and effectively breaks 20% of the Web and… the media don’t tell anyone in advance? So far as I can see only a few gadget sites and some Indian sites gave a few hours warning.

Anyway, assuming rogue SSL certificates rather than iffy DNS servers was the actual problem, as now seemed very likely… how to fix it?

The solution: You need to manually add fresher certificates. Do as the Tech Journal explains in the new page for the DST Root CA X3 Certificate Expiration Problems and Fix. There Stephen Wagner has kindly dug up the links to the new fresh certificates.

The guy who saved the world.

You will need a Firefox or Pale Moon browser to get them, as LetsEncrypt’s problem is blocking LetsEncrypt from itself (durh…). Some Windows users will need to choose the .DER rather than the .PEM version of the certificates. Best to get them all and see which version your Windows recognises and adds an icon to.

Once downloaded you need to double-click them and for each one a Windows Certificate import Wizard will launch. Install it to the correct folder…. 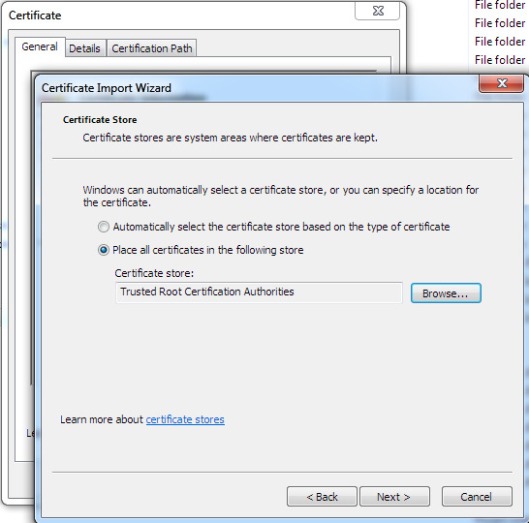 Don’t just accept the Windows defaults (could install anywhere…), but guide each certificate to its correct folder. isrgrootx1.der and isrg-root-x2.der go in the “Trusted Root…” and lets-encrypt-r3.der goes in the “Intermediate…”. Intermediate seems just as important as the others, so don’t skip it. There appears to be no need to delete the old defunct certificates, although browser access seemed to speed up a bit when I hard-deleted the Sept 2021 certs from “Trusted Root…” and “Intermediate…”.

Now when you close and re-launch your Chrome-based browser, and after a pause of perhaps 12-20 seconds for each previously blocked site, the problem should be fixed. It was for me. I assume the one-time pause is for the browser to re-cache the page.

I did not need to re-boot Windows for this fix to ‘take’. The Windows-savvy will be able to type MMC at the Windows Start menu and then load a Snap-in to see new certificates and their dates…

This is also the way you delete the old ones, which cannot be done via Settings | Security | Proxy in Chrome/Opera…

Update: According the Linux Addicts the problem briefly took out Amazon Web Services, Shopify and The Guardian. The Daily Swig adds Google Cloud, Microsoft Azure, and many others. The following day there was a massive worldwide Internet crash, including Facebook being down for about a day, though this was apparently an un-related problem?

A curious problem has developed persistently in recent days, for users of Chrome and Edge browser… but not for Firefox / Pale Moon. Evidently the problem is now shared by others as well as myself.

While browsing a site/page fails to respond to the Chrome browser, but springs instantly into action for Firefox or Pale Moon (based on Firefox). In the Chrome-based Opera you get…

This site can’t be reached. [URL] took too long to respond.

Doesn’t appear to affect the mega-sites like YouTube or WordPress. Sometimes there is a 20-30 second delay in reaching a mid-ranking site, and often nothing at all from smaller sites or certain known recalcitrant mid-ranking sites (e.g. Stack Overflow, GreasyFork). Slack also seems to be badly affected, though that doesn’t affect me…

The problem appears to be cross OS, as I’m on Windows and this other guy (linked above) is on Linux. I have the same symptoms as he has: Chrome often gives this error while Pale Moon (Firefox) is totally fine. The problem occurs even if you are using a DNS server other than that of your ISP. For instance in Opera, it’s possible to select from a number of DNS servers. They all exhibit the same problem. Other fixes tried include:

* Running with all browser extensions and scripts off also makes no difference.

* Visiting the page in ‘Incognito mode’ makes no difference.

* I don’t have proxies configured.

My first guess was some iffy under-the-hood Chrome update, perhaps some new and imperfect query being made to the some local and rather sluggish and partial DNS cache. Linux-guy’s claimed solution thinks along these lines and he suggests flushing your local DNS, which on Windows is:

1. Start menu.
2. Run.
3. Run dialog box, type…
4. ipconfig /flushdns
5. Confirm. A DOS-box window should flash up for a microsecond, the DNS cache is flushed, and the Run box exits.

Works as described above, but this didn’t cure the problem for me.

Nor did clearing the internal Chrome DNS cache (who knew?) and restarting the browser…

Then I downgraded the Opera browser, back to Opera 78.0.4093.147 (mid August 2021) with the help of the full offline installer. Still the same problem, and thus it can’t be due to some recently-updated Chrome component.

So… if its not in Windows and not in Chrome, and not due to extensions or other obvious problems… what on earth could it be? It must be some kind of interaction between any DNS server and a Chrome-based browser, even a slightly older one. A problem which Pale Moon/Firefox is not affected by, and which has only recently started in the last few days. It can vary between DNS servers, some loading one page and not the other and visa versa.

One odd thing is that if you click hard and long and quick enough to load such a jammed page, like 50 times, it will often eventually load. This is repeatable. It’s like there’s a ‘black hole’ somewhere along the route, for smaller and mid-ranking sites that need DNS lookup, and eventually the system will ‘get the message’ and use an alternative route. I wonder in DNS servers have been ‘split’ in three and now have different sub-databases for top, middle and lower-ranking sites? And that the low-ranking databases sometimes power down their disks when not being called? That might explain it. The disks could need time to power up. But surely they would be modern always-on SSD’s and not old mechanical hard-drives?

Why Firefox / Pale Moon is unaffected I have no idea. But it is. I’ve been unable to discover if it uses any special DNS routing. Only that Pale Moon has no support for ‘DNS over HTTPS’.

So the temporary solution is then:

Sadly the above only works once Opera has actually received the “This site can’t be reached. [URL] took too long to respond.” message. If you pass the URL over to Pale Moon while the browser is still waiting (and waiting and waiting…) for a DNS server, you get nothing in Pale Moon. You can however go back and right-click on the original hyperlink and “Open in Pale Moon” that way.

You can also switch your RSS reader to open pages externally in Pale Moon / Firefox.

Update: This, at first glance, seems to explain the difference between the browsers…

2. DNS pre-fetch is off by default in Pale Moon… “DNS prefetching disabled by default to prevent router hangups”.

Checking the value on about:config / network.dns.disablePrefetch assures that it is indeed off in Pale Moon.

In Chrome/Opera this is now called “Preload pages for faster browsing and searching”, and again it is turned off for Opera. The uBlock Origin addon forces it off.

So, despite sounding plausible, the above can’t be the explanation for the problem.

Update: Browser problem fixed: it was LetsEncrypt’s expired root SSL certificates. Install the new ones. Firefox / Pale Moon uses its own SSL certificate store, which was why it was unaffected.